People who believed that impulsiveness could benefit creativity had an increase in effort-based performance on creative tasks according to new research. Led by Alexandra Wesnousky of New York University, the study helps support the “silver lining theory”: those who tend to see even their negative traits positively will be more motivated and provide more effort. Apparently, if you feel your flaws only hold you back, you won’t be as creative. Tweet this

Research presented in the Journal of Experimental Social Psychology found that nostalgia can boost innovative thinking. Participants were instructed to think of “nostalgic” experiences versus “ordinary” ones. The first group were rated as more creative. If you look at your memories as merely ordinary, you won’t be as innovative. Tweet this

Another study led by University of Chicago Psychologist Sarah Gaither found that self-examination of our roles in society may be a creativity booster. When writing about themselves and imagining how they are perceived in various life roles such as gender, race, and family participants scored higher on creativity tasks than the group who focused on their daily lives without instruction. If you focus on your daily life rather than the roles you play in it, you might not be as innovative. Tweet this

Short naps have been shown to boost creativity and short term alertness according to a study published by Georgeton University. If you’re not getting enough sleep, you can’t be as innovative. Tweet this

Boredom benefits creative thought. Researchers at Pennsylvania State found bored participants did better on creativity tests than those who were self described as distressed, elated, or relaxed. If you don’t let yourself experience boredom, maybe you’re not going to be as creative. Tweet this

A Stanford University study found that walking helps with inspiration. It also found that those who walked outside versus a treadmill were twice as creative, though all walkers were more creative than the sitters. If you spend all of your time sitting inside all day, you might not be as innovative as someone who goes for a walk. Tweet this 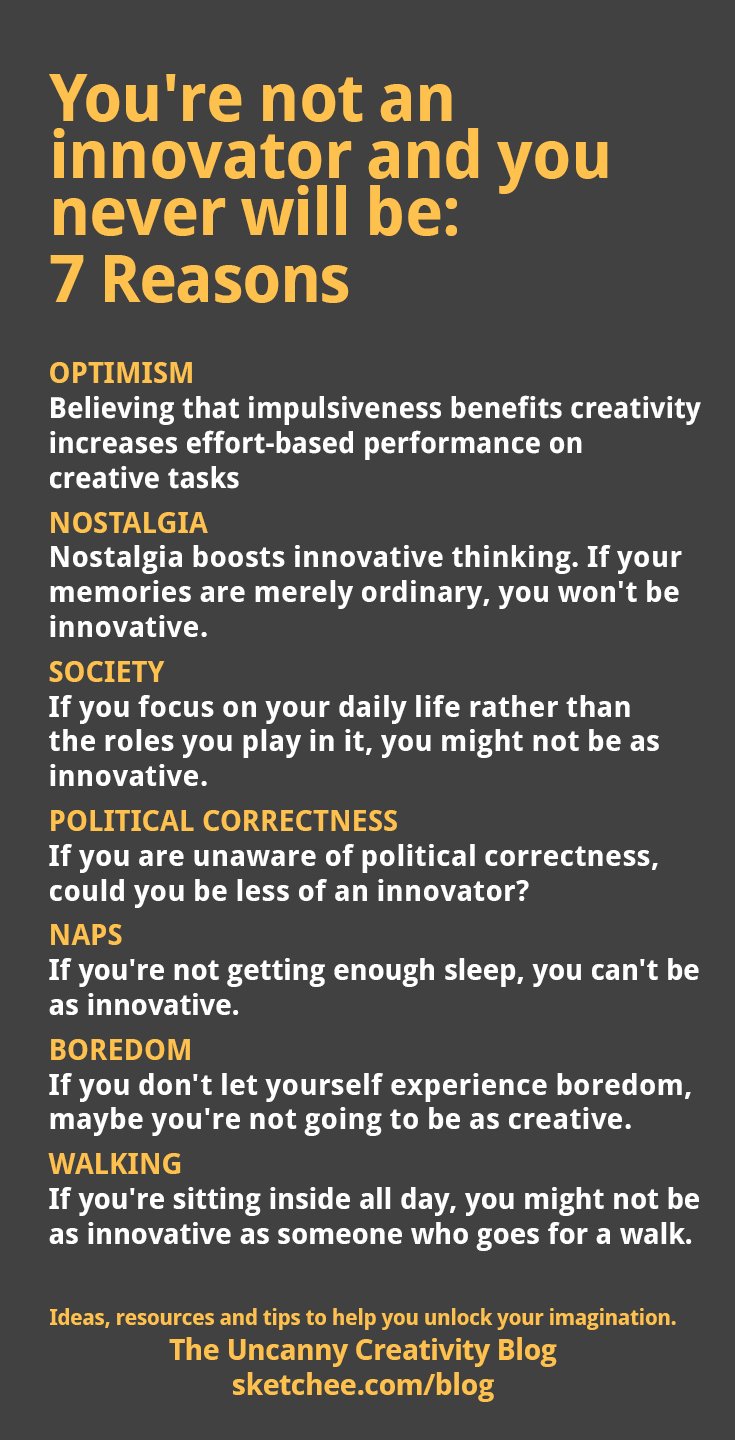