Today’s Q&A Monday question asks about the link between hardship and creativity:

What is the quality of the science behind the idea that “hardship increases creativity”?

While artists and engineers can both grow by playing intellectual games with artificial constraints, is real hardship actually correlated with increased creativity and productive output?

The linked piece by Eric Weiner for The LA Times is written as an opinion piece. It’s written in that context. That said, some people who experience hardship are certainly able to channel that creatively:

However, these experiments show that creativity can be boosted by hardship. They did not find hardship necessary for creativity. Workplaces also have other factors that pure creativity: happiness, retention, and profit. Many creative workers who are simply don’t want hardship. They won’t tolerate it. The economics of business development are more complicated than simple creativity.

Many “fun” perks are popular in industries where employees have many job options. They’re also often designed to keep employees within the office longer. Even if  these employees are not purely working at all times. Making longer office hours more acceptable may generate increased overall productivity.

Amenities may be a consolation prize for the other hardships involved in very difficult work.

Readers, have you had a difficult experiences that helped with your creative projects? 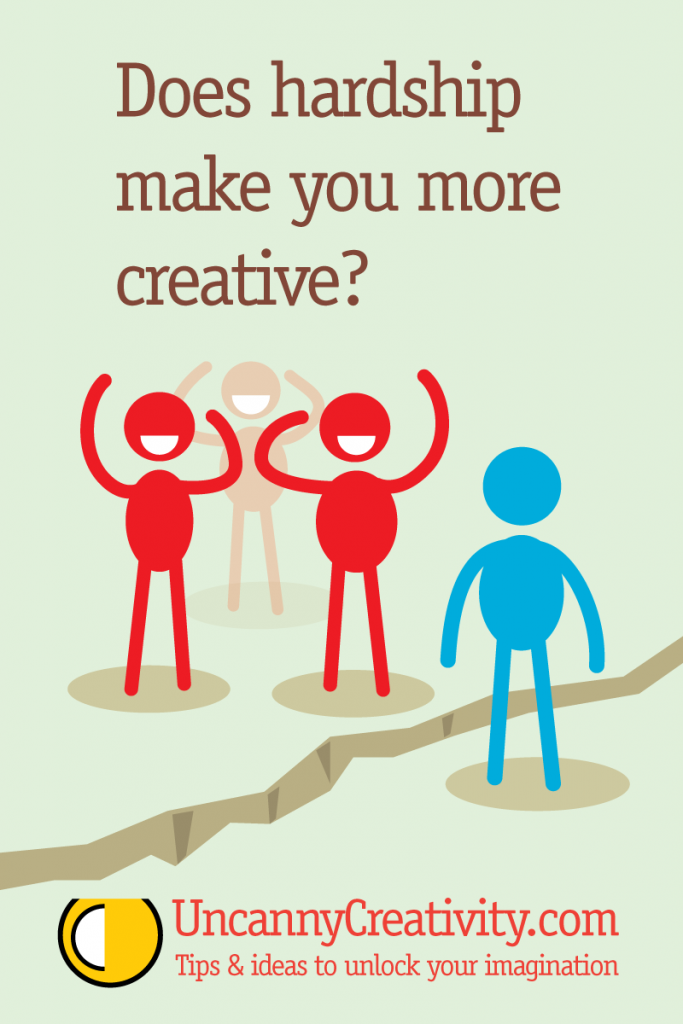 Get free art and design productivity tips and podcast episodes by email!